A Circus of the Soul 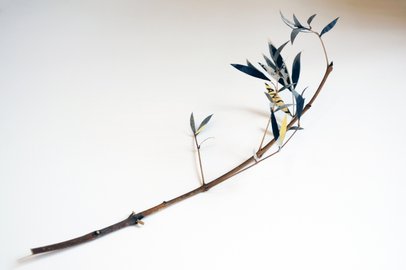 Vernacular presents A Circus of the Soul, an exhibition that brings together works by Amplio Espectro (Valentina Ayluardo, Joshua Sánchez and Arturo Lugo), Charlie Godet Thomas and Wang Ya Hui. Their pieces weave together the subtle narratives that are born from observations of the quotidian and capture the ephemerality of these everyday things and thoughts.

Drawing an axis from the act of writing, the curatorial concept attempts to decode our perceived world by navigating the implicated depictions found outside the realm of wording. From this scope, the participating artists generate a dialogue through their works that reflects Lawrence Ferlinghetti’s poetry book, A Coney Island of the Mind.

Broken Air is a site-specific choreographic essay by Amplio Espectro that explores the brittle, perishable and transitory nature of everyday actions that stem from minimal acts of movement. The work is conducted through varied forms of study and exercise, eagerly opening up the comparison among hug and fight, invisible and broken.

Fractured Poem and Infinite Clock are site-specific installations made by Charlie Godet Thomas. Inspired by the close observations of graffiti on chain link fences in Mexico City, Fractured Poem builds from the idea of threading words thereby creating scrambled fractions of poetry that become legible as rhythm of black marks made up from paper threaded throughout the structure. Infinite Clock looks at the potential of the loop as a poetic form while simultaneously alluding to the seasons and, in this regard, relates to the sculpture To Autumn (Soft-lifted).

A Poem and Notebook by Wang Ya Hui emphasise the seemingly unsolvable contradiction—yet unnecessary to be solved—that according to the artist, the image, as it is and what it is, isn’t yet so. Often times, her practice seeks to interpret the ideology of Zen: Perceive as you see, believe not what you perceive, then re-read what you see as it is.

Curated by Jo Ying Peng, A Circus of the Soul encompasses video and photography works as well as newly commissioned performance and site-specific installations by Vernacular.

Amplio Espectro is a transdisciplinary scenic project founded in the autumn of 2013 in Mexico City, which seeks to build artistic dialogues and exercises that explore the possibilities of the body, movement, image, objects and spaces from different perspectives and languages. Co-run by Valentina Ayluardo, Joshua Sánchez and Arturo Lugo, the project attempts to organize itself in an intuitive, reflective and educational way, to generate meetings at a creative, social and economic level built from self-management.

Charlie Godet Thomas is a British-Bermudian artist whose work employs a wide range of approaches including writing, painting, sculpture, assemblage, photography, sound and video. His work is concerned with the connections between visual art and literature, the act of writing, the autobiographical, the tragic and the humorous. Thomas' work is summoned from unlikely places such as bookbinding processes, street signage, funereal foam lettering and pharmaceutical packaging. Charlie Godet Thomas currently lives and works in Mexico City.

Wang Ya Hui is a Taiwanese artist whose practice involves video, photography, sculpture, writing and artist-made books. Her work has a focus on the everyday translation through the artist herself as an astronomer observing the hidden relationship between the nature and the living. Often incorporating the concept of Zen and Taoist ideology, Wang’s work employs poetic rhetoric in dynamic scenarios to present alternative ways of interpreting time and space.