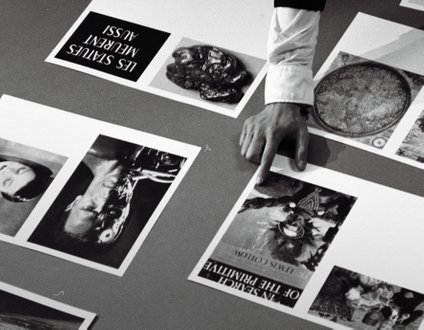 Vernacular presents Trade, the second chapter of the exhibition Citizens in the Shade, Aliens in the Sun including site-specific installations, photography and video by artists Georgina Arizpe, Karolina Breguła, Musquiqui Chihying and Hou I-ting. Emphasising the economic acts of exchange, Trade draws on parallel notions of labour, property and the transitory impact of value to reveal the distribution of power.

Arizpe and Hou share a concern with modern, governed labour in practices that problematise structural margins in the system of trading.

Hou’s Correction Arts Exhibition Hall considers the relationship between modern imprisonment institutions and high-density production lines. In 2019, the artist commissioned a for-profit workshop in a female prison in Taiwan to manufacture products, drawing an analogy to the free market and the mechanism of penal labour.

Empleo Temporal, Acceso [Temporary Employment, Access] is a social experiment initiated by Arizpe in 2019, commissioning Don Tomás, an unemployed elderly blacksmith, to fabricate metallic stars associated with latent violence in Mexico. Through this equivocal act, the artist challenges the borderline between work, labour, legality and illegality through their relationship of employment.

Chihying’s and Breguła’s works focus on the politics of development and its hidden costs and losses in terms of property and cultural capital.

Exercises in Losing Control is an on-going project by Breguła set in East Asia. Since 2018, the artist has observed mass evictions and demolitions taking a participatory approach to create a multi-faceted narrative that encompasses performance, film, photography and publication. The project reflects the unequal fight and the perception of losing from the resisting protesters.

The Sculpture, an experimental documentary made by Chihying, is an investigation into the recently established collection of African art in the National Museum of China in Beijing. By carefully inspecting these foreign objets d’art, the artist unveils the politics of recognition and material redistribution that are complicated by the present three-way bond among China, Africa, and Europe. 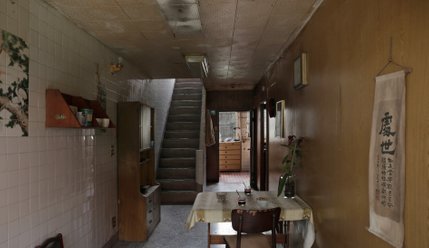 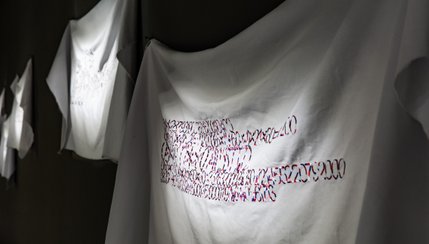 Georgina Arizpe (Gina Arizpe) focuses on the search for questioning the physical and social limits to which the body of contemporary societies is subjected. From a socio-political position, her production explores peripheral social contexts.

For more than ten years Arizpe was part of the Collective Marcela y Gina Mexican (1997 - 2008), from where she drew the main artistic strategies that continue to define her work: moving away from the workshop as a platform for work and reflection, exploring diverse social contexts and producing actions. In 2010 she began her solo production.

Karolina Breguła creates films, photographs, installations and performances. Her work explores the problems of the status of the artwork and the materiality of art objects. She critically scrutinises contemporary art and its reception and creates stories about art and architecture, which are a field of anthropological and sociological observations. She is interested in the connection between art and reality – the favourable and detrimental effect of artists’ work, the remedial and destructive force of artistic activity, rituals connected to art and art's social role. Many of her works are co-created with their protagonists and participants, blurring the border lines between professional and amateur artistic activity.

Breguła’s works have been exhibited at institutions such as the National Museum in Warsaw, Jewish Museum in New York and MOCA Taipei, and at international events such as the Venice Art Biennale and Singapore Biennale. She is the winner of second prize in the Views 2013 competition – Deutsche Bank Foundation Award, the third Samsung Art Master 2007 award as well as the 2016 Golden Claw at the Gdynia Film Festival. Her works are included in collections such as the Tokyo Photographic Art Museum, Zachęta National Gallery of Art, Wroclaw Contemporary Museum and ING Polish Art Foundation. She is a lecturer at the Academy of Art in Szczecin, and she cooperates with lokal_30. Karolina Breguła lives and works in Warsaw.

Musquiqui Chihying explores the cultural and social identities constructed through the flow and circulation of audiovisual elements in physical and virtual spacetime. Specialising in the use of multimedia such as film and sound, he investigates the human condition and environmental system in the age of global capitalisation and engages in the inquiry of and research on issues of subjectivity in contemporary social culture in the Global South.

Hou I-ting’s practice weaves together manipulations and conflicts between history and contemporary body in political, economic and social situations, dissolving single narratives and blending different historical times and contemporary notions of space and time. Hou has concentrated on the history of women’s labor in different regions and how the female labor force has been affected by neoliberalism order informed by the global structure of the economy.

The exhibition Citizens in the Shade, Aliens in the Sun is supported by the Ministry of Culture, Taiwan.

The exhibition designed is by Todo Woooow.