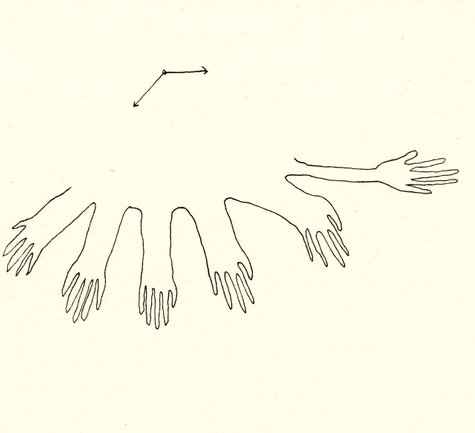 Opening on 11 February with the performance at 5pm, 6pm, 7pm.

The exhibition continues to open with the performance every Friday and Saturday at 6pm and 7pm through 12 March. The following dates are:

The exhibition is on view by appointment during the non-performance dates.

Díaz’s practice outlines a mechanised language that conjures abstract geometry, body, and rhythm. With a 1960's knitting machine inherited from her grandmother, she employs the obsolete manual technology to encode mental states. Her work focuses on the production of woven fabric and characters that serve as the impetus to performances in which the relationship between human and machine, emotional time and the time of a metronome, frequently appear in friction. In her pieces, the structural knitting pattern forms a graphic score that guides the movement of each of the characters while simultaneously exploring the structures associated with a range of processes of diverse complexity. Continuous translation operations, fictional scenes, movements of variable repetition, and elements reinforcing the mechanisms of control within the body, make up this unique structural system in order to understand and experience emotional, physical and mental states. Together, the pieces and performance work as a ritual, one that begins with the artist, from within her thoughts, her body, her knitted time, and is carried out by another body that becomes the next gear of the system.

Derived from the existing piece /A Å Æ )A(, the new work is conducted in a theatrical setting to foreground the metaphor of ritual. In addition to the video and drawings, The Intermittent Movement of Speech Acts stages a piece of live installation activated by performances.

A Note on The Intermittent Movement of Speech Acts

: starting, stopping, and starting again : not constant or steady

The intermittent is its rhythm.

The intermittent breaths its own balance.

The intermittent conjugates the forms.

The intermittent verbalised A Å Æ )A(.

The intermittent speaks for its moves.

The intermittent is scripted by the emotional process.

The intermittent is woven by the metronome.

The intermittent doesn’t have to belong to the metronome but with it dance.

1 : the act or process of moving

3 : the moving parts of a mechanism that transmit a definite motion

The TYPEWRITER and the KNITTING MACHINE are choreographed by the HAND.

The movement is written through the dialogue between the machines and the human beings. It is to be: a river, a ritual, a constant and unrepeatable trajectory, a counter-clockwise direction, a series of moves from one place to another and try to hold the rhythm indicated by the metronome.

The metronome gives the heartbeats for the movement.

1 : a spoken expression of ideas, opinions, etc., that is made by someone who is speaking in front of a group of people

2 : the ability to speak

: a fleshy movable muscular process of the floor of the mouths of most vertebrates that bears sensory end organs and small glands and functions especially in taking and swallowing food and in humans as a speech organ

The first tongue delivers the characteristic.

The second tongue translates the resistance.

The third tongue vibrates the relationship between the human and the machine.

One by one, repetitively, orderly, steadily.

Then the last tongue codifies fate.

1 : something that is done

2 : one of the main divisions of a play or opera

The act is scripted by the score.

to encode the river (the movement).

to encode the exchange.

to encode the tongue (the speech).

to encode the inked choreography.

to encode the written flow.

The score is the presentation of the methodology of The Intermittent Movement of Speech Acts.

* The definitions of the vocabularies are sourced from Merriam-Webster. 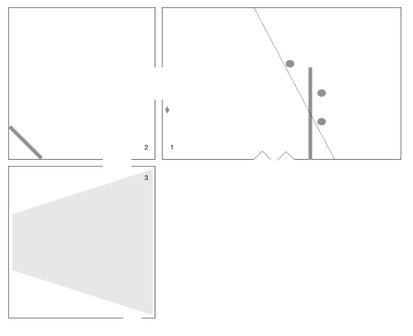